BASEL SINFONIETTA
MUSIC IN TUNE WITH THE TIMES

Driven by its commitment to performing music in tune with the times the Basel Sinfonietta has been transcending classical concert conventions since its founding in 1980 and embraces an exploratory approach to other genres and cultures in its programming.

The Basel Sinfonietta works with the leading composers of the present day. The orchestra has commissioned numerous works and has presented more than 220 world premieres and national premieres since its foundation.

In addition to its own series of six subscription concerts, with which the Basel Sinfonietta presents contemporary music for large orchestra in the border triangle between Switzerland, France and Germany at sometimes unusual venues, the orchestra is a regular guest at local festivals and is one of the cooperation partners of the Theater Basel, the Kaserne Basel, the Kunstmuseum Basel or Art Basel.

Since its foundation, the Basel Sinfonietta has set musical accents beyond the borders of Switzerland in Europe and as far afield as Asia, with numerous guest appearances and invitations to renowned festivals such as the Salzburg Festival, the International Summer Courses for New Music in Darmstadt, the Huddersfield Contemporary Music Festival in England, the Festival for Contemporary Music “rainy days” in Luxembourg, the Kunstfest Weimar, the Festival d'Automne à Paris, the Festival de Música Contemporánea de Alicante, the Pacific Music Festival in Japan, the Kunstfest Weimar, the Dialoge Festival of the Mozarteum Foundation Salzburg, the Warsaw Autumn or the Festival Musica in Strasbourg.

Recordings of Basel Sinfonietta concerts are regularly broadcast by Swiss Radio SRF 2 Kultur as well as by international radio stations.

Highlights of the Basel Sinfonietta's 2022/23 season include guest appearances at the "Acht Brücken" festival in the Cologne Philharmonie, as well as in two of Belgium's most prestigious concert halls - the deSingel art centre in Antwerp and the De Bijloke music centre in Ghent - and at the Archipel festival in Geneva, plus participation in the Basel Composition Competition; collaborations with composers Anna Sowa, Asia Ahmetjanova and composers Mauro Hertig, Simon Steen-Andersen and Michael Pelzel; with soprano Ilse Eerens, pianist Nicolas Hodges, violinist Carolin Widmann and clarinettist Boglarka Pecze; and with the conductors Jessica Cottis, Pablo Rus Broseta and Peter Rundel.

The Basel Sinfonietta is a self-governing orchestra. As the orchestra is organized as an association, all musicians can participate in the democratic decision-making process on the orientation and programming of the ensemble.

The Basel Sinfonietta is financially supported by the canton of Basel-Stadt, among others. 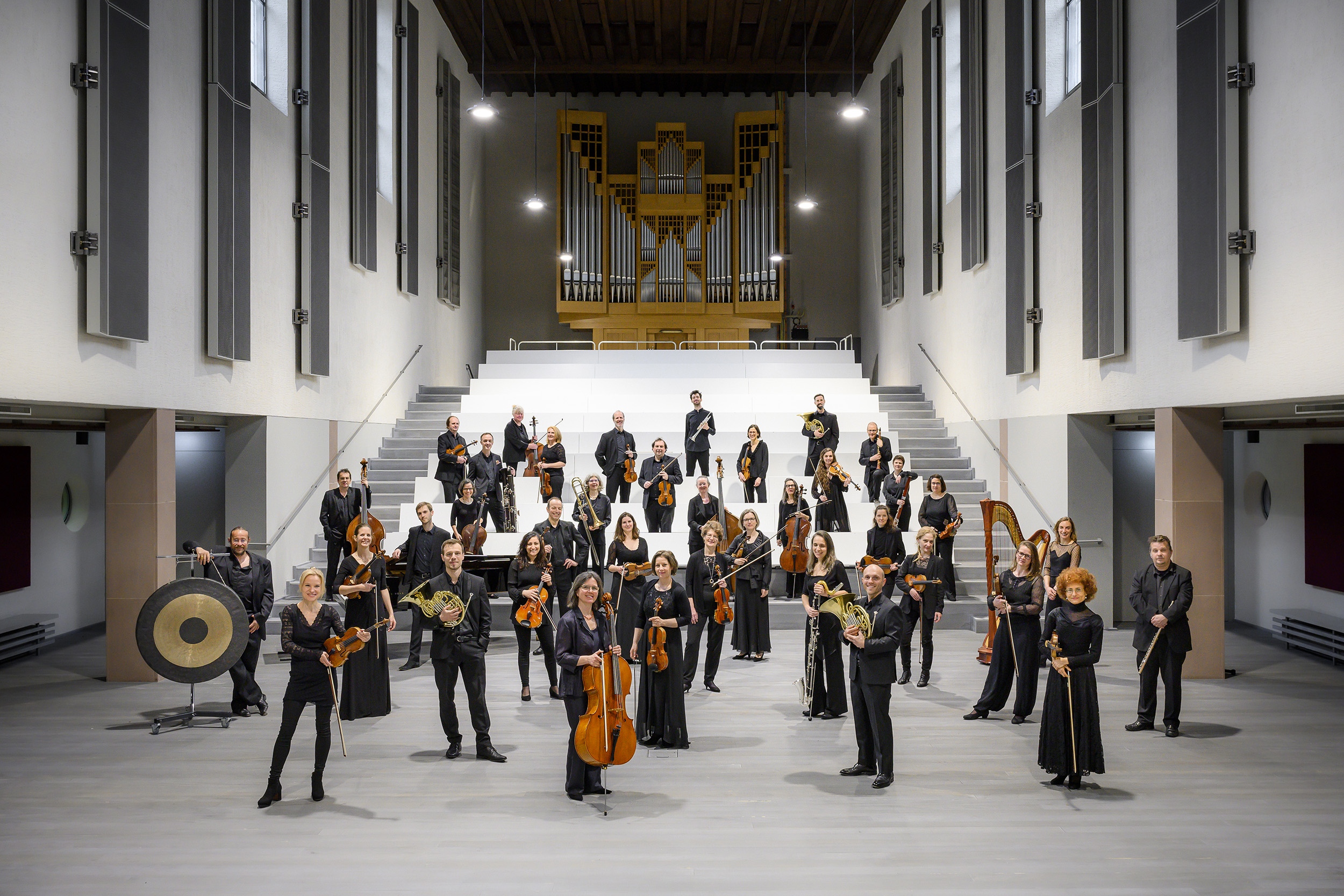