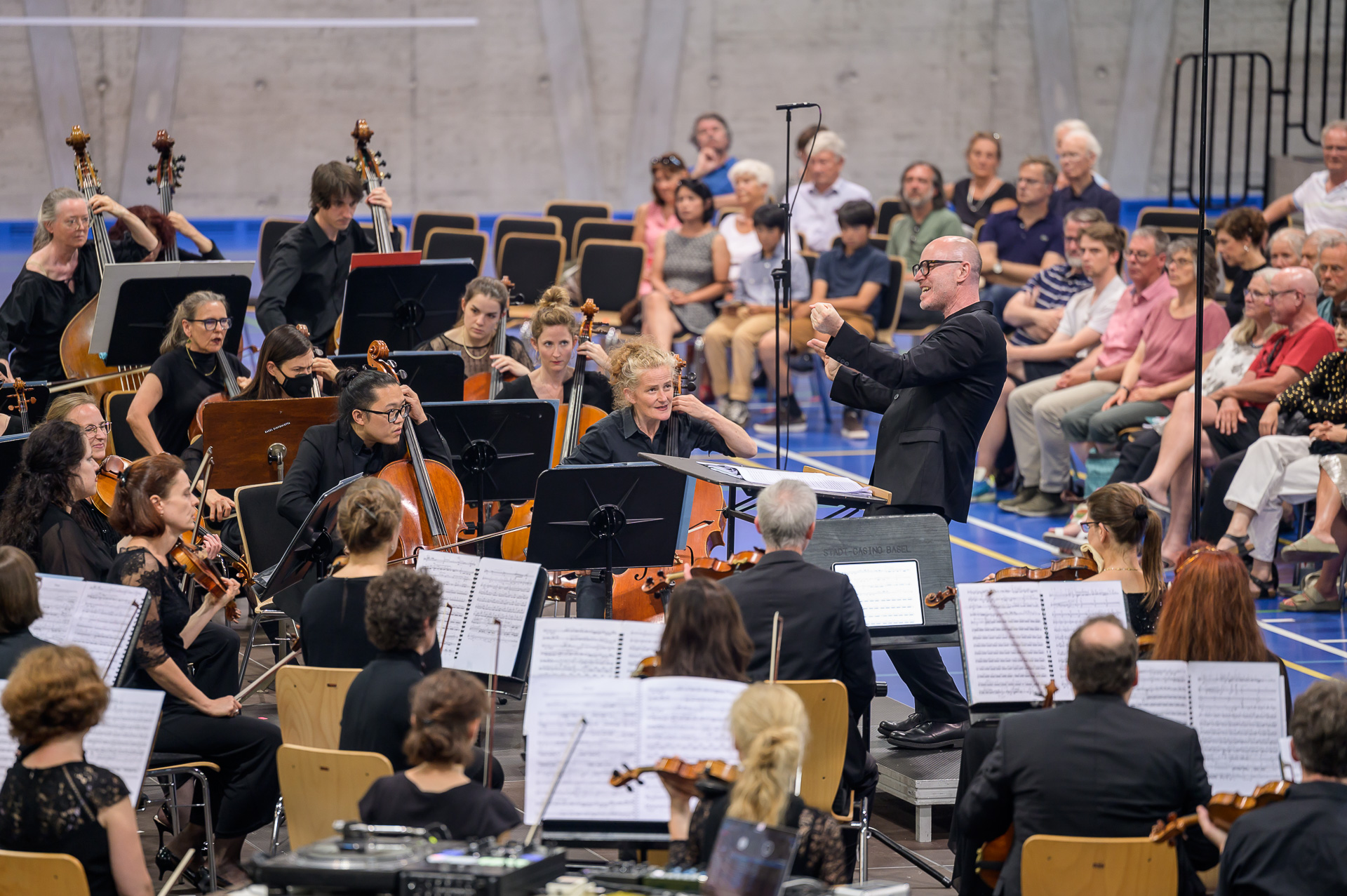 For the 2022/23 season, the Basel Sinfonietta has set itself the goal of crossing local and musical boundaries - with the latest music for large orchestra. The Basel Sinfonietta's strong contemporary profile will be noticed both nationally and internationally: the orchestra will make guest appearances at major music centres and festivals for contemporary music in the coming season. The 2022/23 season is the last season of Principal Conductor Baldur Brönnimann, who has shaped the orchestra into a first-class contemporary music ensemble.

"If classical music needs anything, it is a sense of adventure," states Baldur Brönnimann, Principal Conductor of the Basel Sinfonietta, unequivocally. "That's why music at the Basel Sinfonietta begins where it ends for many others, namely in the 20th and 21st centuries. We see our task as bringing the most important composers and their best orchestral works to Basel. Contemporary relevance is not just a word with us, but a matter of course."

In addition to the ongoing collaboration with Principal Conductor Baldur Brönnimann, conductor Jessica Cottis makes her debut with the Basel Sinfonietta. The orchestra also continues its collaboration with conductors Pablo Rus Broseta and Peter Rundel.

In addition, the Basel Sinfonietta will be able to present itself both nationally and internationally with guest performances at the Basel Composition Competition and at the Festival Archipel in Geneva, as well as at the Acht-Brücken-Festival in Cologne and in renowned Belgian music centres in Antwerp and Ghent.

The 2022/23 season is also the last season of long-time Principal Conductor Baldur Brönnimann, without whom the orchestra would not be where it is today. "As a top-class musician and convincing mediator, Baldur has been able to win over many listeners in and far beyond Basel for contemporary music and inspire them for the Basel Sinfonietta," says Daniela Martin, Managing Director of the Basel Sinfonietta. "Both the orchestra's appreciation and my personal thanks go to him from the bottom of my heart for this invaluable collaboration."

The subscription for the 2022/23 season can be ordered now online.